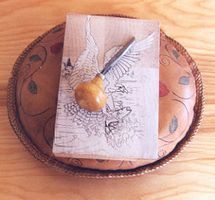 This is going to deal with the technical aspects of my work since I don't particularly like talking about art and am more than happy leaving any esthetic and intellectual observations to the viewer.

I engrave primarily on the endgrain of maple, although occasionally, when I'm feeling particularly flush, I'll indulge myself and use the traditional boxwood (which now costs over a hundred dollars for a 4" x 6" block, if you can find it). I begin with a pre-finished block, i.e. small pieces of wood glued together and milled to a thickness of .918 " ( The same height as lead type). I then coat the surface of the block with a thin layer of white primer which I  sand and polish until it is translucent and glass like. This gives me a surface to place my image on that differentiates the areas I engrave from the wood itself. It also seals the wood and helps prevent it from absorbing the oil from the ink while printing.

Once the block is prepared I do a fairly large outline drawing of my subject with very little detail. I then make a reduced photocopy of the drawing, place it face down on the block and soak it with acetone. The acetone dissolves the pigment of the photocopy and allows me to transfer the  image to the block by rubbing. This facilitates getting a fairly proportioned image in a very small area. It also has the advantage of reversing the image, so when I print, reversing the image again, I am back to my original concept.

I then begin the actual engraving. I engrave primarily using the traditional technique of the whiteline process which involves creating all of my tints tones and shades through cutting parallel lines of varying thickness and spacing giving the impression of grays where there is, in fact, only black an white. I also employ a great deal of stippling, flicking out of tiny points of wood, which, again, through size and spacing creates tone tints and shades. Both of these processes are reductive, i.e. working from dark to light. The easiest way to conceptualize this is to imagine that every action I take while engraving on a block creates a white space while every action I take in making a drawing creates a black space.

I work on an engraving pad, a leather pillow filled with sand, which gives me a firm surface to work on while allowing me to have the block at any angle and to move it freely. I have about sixty tools each of which cuts a distinctive type of line. While I have used all of these tools at on time or another, I find myself usually using only 5 or 6 in the course of an engraving. Because of the microscopic nature of the work most engravers have to employ some form of magnification while working. I, however, have the mixed blessing of being extremely nearsighted and focusing without my glasses only a couple of inches away from an object. Engraving is the only thing I can do without glasses which may have something to do with its appeal.

Once the engraving is complete the editioning begins. I start by preparing my paper. I print on medium weight Basinwerk paper, which is made from esparto grass and sulfite pulp and has a hard smooth finish that I find most suitable for fine line printing. This paper comes in sheets 22"x40" that I tear down to a usable size with

a straight edge. I use two presses for printing; for the larger blocks, an etching press which I have adapted for printing type high blocks, and for the smaller blocks,a Chandler and Price lever operated letterpress. I use Seinefelders Crayon Black lithography ink which has the consistency of tar and contains no driers. I hand roll the ink onto the etching press and the block is automatically inked on the Chandler and Price.

My editions run between 200 - 250 prints, and I usually keep 10 artist's proofs. While printing I cull  prints that are for some reason unacceptable, and  print 30 or so more than the edition size in order to cull again during the signing and numbering process. I make every effort to keep the numbering order that which came off the press, although with wood engraving, as opposed to most other types of art printing, there is no noticeable deterioration of the block. In fact, the image quality often improves as the quirks of inking each individual block become resolved.

I am often asked how long it takes to engrave a block (particularly when I'm doing commission work and getting paid by the hour). This is difficult to estimate, but I have spent as little as 25 hours and as much as 200 hours depending on the size, complexity and difficulty in editioning from the drawing stage to the final signing